“The awful German Language” is an essay by Mark Twain.

Der Donaudampfschiffahrtsgesellschaftskapitän is a 42 letter German word, the meaning of which you will find out later.

Perhaps you hear such points about the German language and think, “No, that doesn’t sound easy, I’ll give it a miss.”  But let me tell you that, in part, it is a relatively easy language for native English speakers.

First things first, though. No language is “easy” to learn in a short period. Some people are more talented at learning languages than others are. Still, even for those “gifted” people, it takes a lot of hard work, dedication, and practice to get to just a communicative level.

Bearing that in mind, as someone who has studied hard and lived in Germany for nearly 20 years, I would now like to give you my personal yet knowledgeable answer to the question, “Is German easy to learn for native English speakers?”

My short answer would be “Jein!” a combination of “ja”  (yes) and “nein” (no),  and in this article, I will give you some explanations and examples as to why.

What is easy or difficult when learning any language?

First of all, we have to consider the different components of learning a language. Then we can see which similarities there are between German and English. After that, we can look at where the two languages differ, perhaps making it more challenging to comprehend and learn.

I have divided this up into three sections: Vocabulary, Grammar, and Pronunciation. I will give you examples of what aspects of German are similar to English, making it easier to learn.

On the other hand, some aspects of the German language are different from or don’t even exist in the English language. These differences can make it more difficult or challenging to comprehend.

So, let’s start with Vocabulary and the good news.

How aspects of learning German can be easy:

English is a Germanic language, with French and Latin influences at a later stage in history. That means that many “basic” words, i.e., things for life essentials, are very similar in German and English.

Look at these examples:

I think you’ll agree these German words are relatively easy to learn.

What’s not so easy about learning German vocabulary:

However, as you can see, most of the words above are nouns. Like in many other languages, nouns come along with a “gender.” In German, there are three:  male, female, and neutral ( der, die, and das).

I’m sorry to say there is no logical reasoning behind the genders. You simply have to learn them at the time of learning the actual word.

Sorry. It’s a pain and extra work initially, but you’ll be thankful for putting in the hard work later on.

Another tricky thing about nouns in German is that they can be pretty long at times. That’s because they put two, three, maybe up to seven words together in one. Take this classic example of what I understand is the longest word in German:

That’s 42 letters, and in English, we would use four words. It means “the Danube steamship company captain.”

Another classic is if you receive a “sick note” from your doctor, you would need to ask for an

The difficulty in learning or understanding such compounded words is knowing where one word ends, and the next one starts.

How some aspects of learning German grammar are easy:

So we’ve looked at what can be some “easy” parts of learning German vocabulary, and we’ve seen a couple of areas that can be a bit of a headache.

Now for German grammar: Again, on the upside, there are two main advantages. First of all, there are fewer tenses to get your head around, just six, compared to at least twelve in English.

That means you have one less thing to worry about,e.g.

There’s no difference between what we would have as three present tenses.

Another aspect of verbs in German that you could consider being easier than some other languages you may have studied is that they are relatively easy to conjugate once you know the rules/ patterns:

Conjugating the verbs is done at the end. You remove the “-en” from “lernen,” leaving the stem “lern–,” and  then you replace the -en with:

Wir and Sie remain the same as the infinitive every time, so that`s easy peasy.

There are some irregularities in a few verbs, but in general, the pattern is pretty much always the same. So, there we could say forming the present tense in German is relatively easy. The past and future tenses are also not tricky to form either.

What isn’t so easy about German grammar:

Now for the downside of learning German grammar. I will tell you about two aspects which are interesting and take some getting used to.

The first is the puzzling word order. Take this example:

The word weil (because) catapults the verb to the end of the sentence!

Here the word ob (if/ whether) sends, in this case, two verbs to the end of the sentence, the modal kann going at the end. If you listen to a long sentence, you sometimes have a pretty long wait to know what the speaker wants to say. Wait patiently for the verb.  It’ll come eventually!

One of the most challenging things about the German language

Okay, now the most challenging concept to grasp when learning German is what we call the Cases. In part one, talking about vocabulary, I said there are three words for “the,” namely der (m), die (f), and das (n).

Well, due to these so-called cases (nominative, accusative, dative, and genitive), “the” could also become den, dem, or des.

It’s possibly one of  the trickiest aspects to perfect when speaking and writing German, and Mark Twain agreed in his book “The awful German language.”

A short explanation of the cases:

Der Hund = the dog. It is masculine.

It is essential to learn the cases because, in example 2, we could change the word order, e.g.

Den Hund liebt die Katze, but we still know the cat loves the dog and not the other way around, due to the den.

Ok, enough of the headaches of German grammar, I’d like to end on a positive note, and that is of Pronunciation.

Why learning German pronunciation is easy:

As I mentioned earlier, English is originally a Germanic language, so they have mostly the same sounds, and the pronunciation of words is rarely a problem for English speakers.

There are two exceptions with which I struggle.

First, the letter R, which is a bit more guttural and not as soft as in English.  Secondly, there is a difference between the letter U and Ü, which often sound like “oo” to me.

The best example I have to mind on this point is there is a big difference between the words schwül and schwul, the former meaning “humid” and the latter is a synonym for homosexual.”  So I might be talking about a humid man/ woman and homosexual weather!

In German, the vowel sound IE is always like “ee,” so Liebe (love) is pronounced “leebe,” as well as Fieber (fever), is spoken “feebe.” Whereas  EI is pronounced like the vowel sound in English words like mine, fine, wine, etc, so mein Wein (my wine) would sound like “mine vine”. There are very few exceptions. Loan words, i.e., words originating from other languages, such as Latin,  might deviate from the general rules.

That brings me to the end of my “Is German Easy to Learn for English Speakers” analysis, and I hope you agree that while it’s not a walk in the park, there are most definitely some advantages for opting for German as your next language to learn. If this is the decision you make, I wish you all the best and much success! 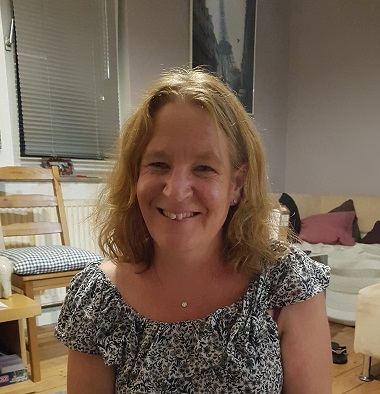 Feelings, Moods, and Emotions in German

How to Order a Beer in German

50 Ways to Say Goodbye in German like a Native